Dance hall act, Cynthia Morgan has lashed out at anfan by calling him a useless person for saying her lifestyle fucked up her musical career.

The Pop singer, Cynthia Morgan clashed with a Twitter user who gave his unsolicited opinion about her “stunted growth” in the musical industry.

The Twitter user with the handle, @kingezzy tweeted that she would have been a female dancehall export out of Africa but she was rather messed it up by her lifestyle.

READ ALSO; Son Of Aisha Buhari’s Aide Adds A Mercedes Benz To His Fleet Of Cars

”Cynthia Morgan would’ve been the biggest female dancehall artiste export out of Africa… but her label & lifestyle fucked her up.” – he tweeted.

The Pop singer queried to find more about her lifestyle from Twitter that affected her musical growth.

Unfortunately, his further reply wasn’t convincing enough to her.

Hence, she described the Twitter user, @kingezzy as a useless person. 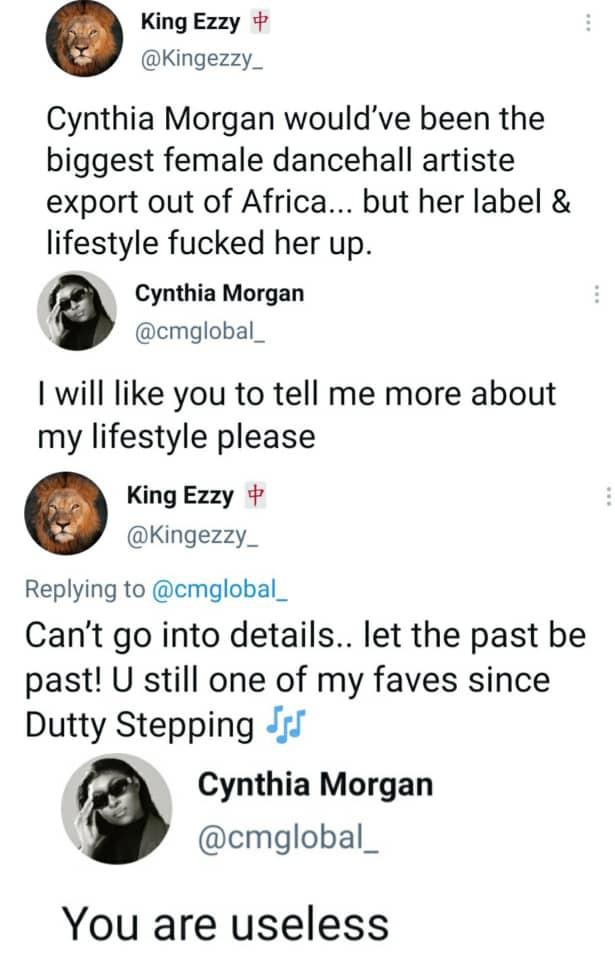