Erica Nlewedim, EX Big Brother Naija housemate has shared a hilarious conversation she had with a fan who posted a fake tattoo of her name.

The fan identified as @TheRealFemi who is an IG comedian, had taken to his Instagram page and posted a photo of the name “ERICA NLEWEDIM” boldly crested on his hand.

However, a careful look at the picture which the fan uploaded, shows the name “ERICA NLEWEDIM” was most likely written with a photo editing process.

READ ALSO: You Are On Your Own – Actress Nkechi Blessing Sunday Tells Fan Who Tattooed Her Name On Her Hand

Sharing the photo, the fan wrote, “I’m not asking for much, it’s only the fans’ love. I did it for fans love”

On Erica’s request, Femi stormed her inbox with his account details while appreciating the reality star as the best.

However, Erica asked for a video evidence of the tattooing process, and that was when Femi suddenly had an unprecedented urge to logout. 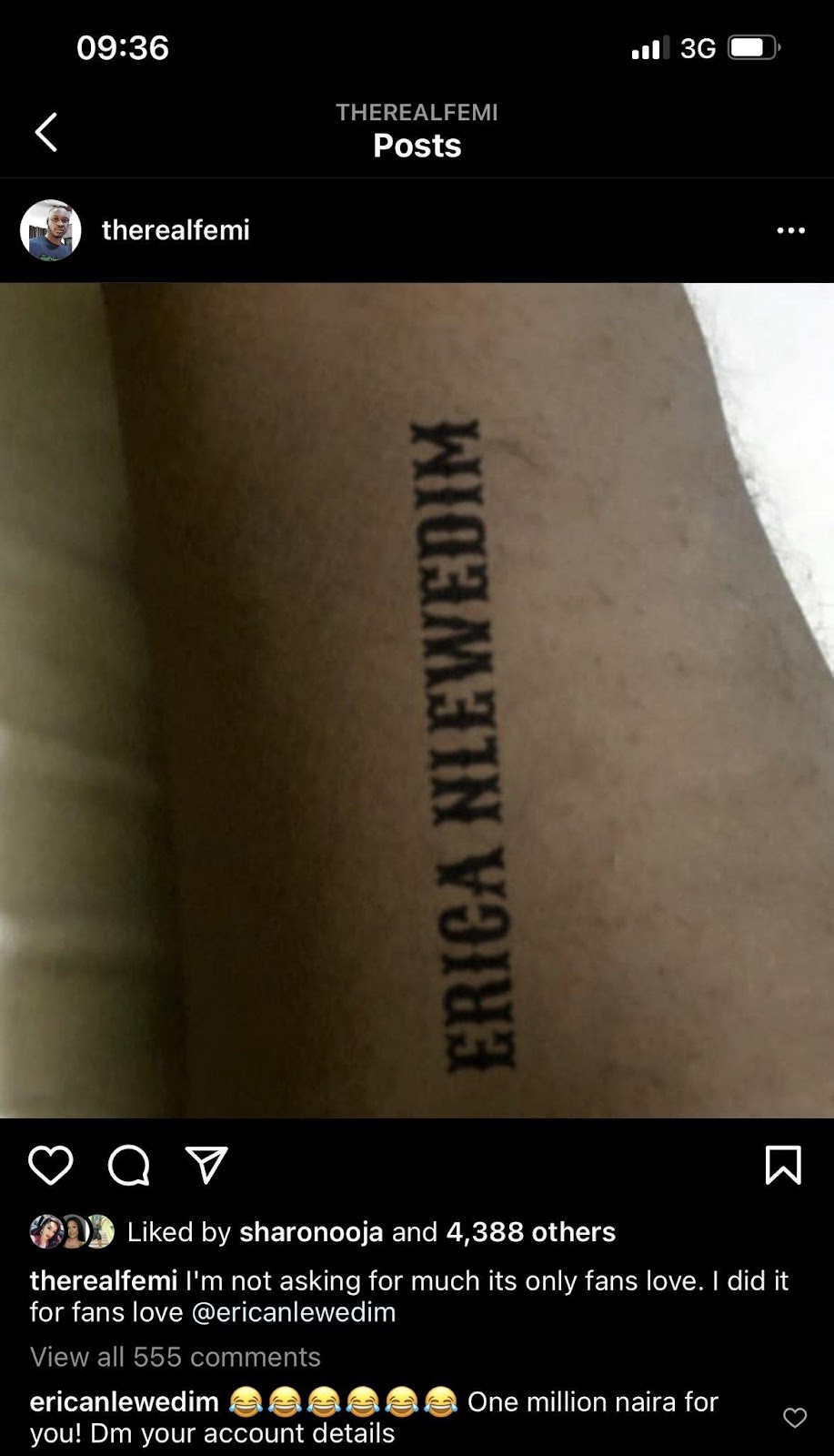