The Brazil international was targeted with monkey emojis on Instagram after his side’s 3-1 FA Cup quarter-final defeat to Leicester on Sunday, where he gifted the ball to Kelechi Iheanacho ahead of the Foxes’ opening goal.

Alongside an image of himself taking the knee and the message ‘No more racism’, Fred wrote on Instagram: ‘Social media comments filled with hate and, above all, racism: we cannot feed that culture.

‘We cannot aceppt (sic) it. We have to fight it always. We are bigger and better than that. Enough!’

Other comments telling the Brazilian to ‘go back to the favelas’ followed the final-whistle on Sunday, on the same day that 17-year-old Jude Bellingham was also sent racist abuse.

Fred, who also failed to get tight enough to Youri Tielemans when the midfielder drove through to score Leicester’s second, was hooked by Ole Gunnar Solskjaer after 84 minutes at the King Power Stadium. 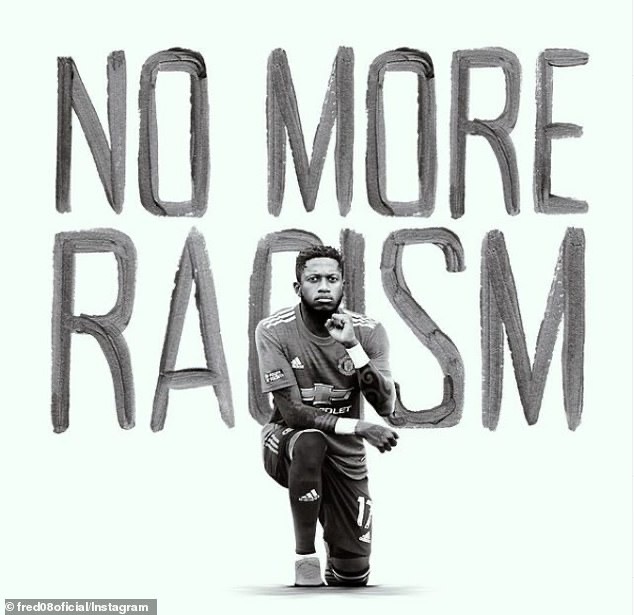