Savage 50 Cent Shades The Hell Out Of Kanye West For Supporting Donald Trump… With An Epic Meme!

American Rapper, Kanye West is really having a lot to deal with now because trolls are going in hard on him after he took to Twitter to declare support for Donald Trump and Trump replied.

Kanye West had  earlier professed his love for Donald Trump on his Twitter and even went as far as calling him his brother. 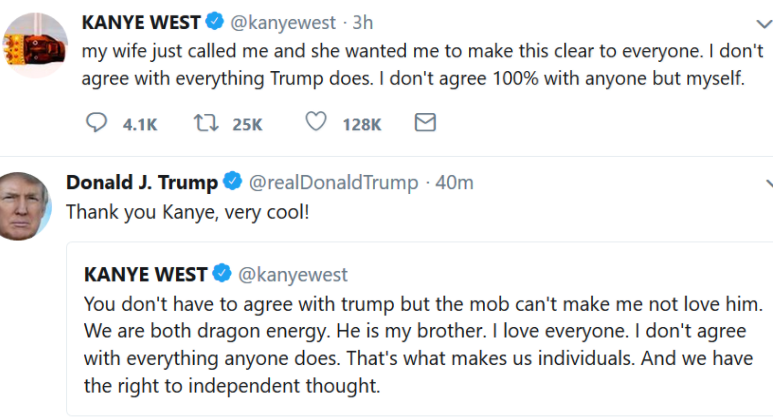 One of such photos aimed at trolling Kanye was shared by rapper 50 Cent. In the edited photo, Kanye West is seen hugging Donald Trump from behind. Donald was in a wedding dress in the photo, while Kanye had on a suit.

See the funny picture below;

Previous post Heroics Reward! Mohamed Salah To Be Given Piece Of Land In Mecca... As Reward For Winning PFA Player Of The Year!!!

Why I and other Yoruba actors are supporting Tinubu – Jide Kosoko