It appears controversial stylist Toyin Lawani is not backing down following her controversial nun picture which she earlier posted.

She has now taken the piss by posting a Muslim clothing after she was called out for her sexy nun outfit.

The businesswoman caused outrage when she wore a costume made to look like a Catholic nun’s habit, but it had crotch high slits on both legs, exposing her entire thighs.

People told her she’s able to do that because she knows Christians will let it slide. They dared her to try it with the hijab

She hit back, saying she has done it with the hijab before. She then released a photo of her posing in a hijab and a long dress parted by the side to expose her leg and thigh.

Captioning the picture , she told her critics that she will do “another badass one and make sure it’s extremely revealing”. 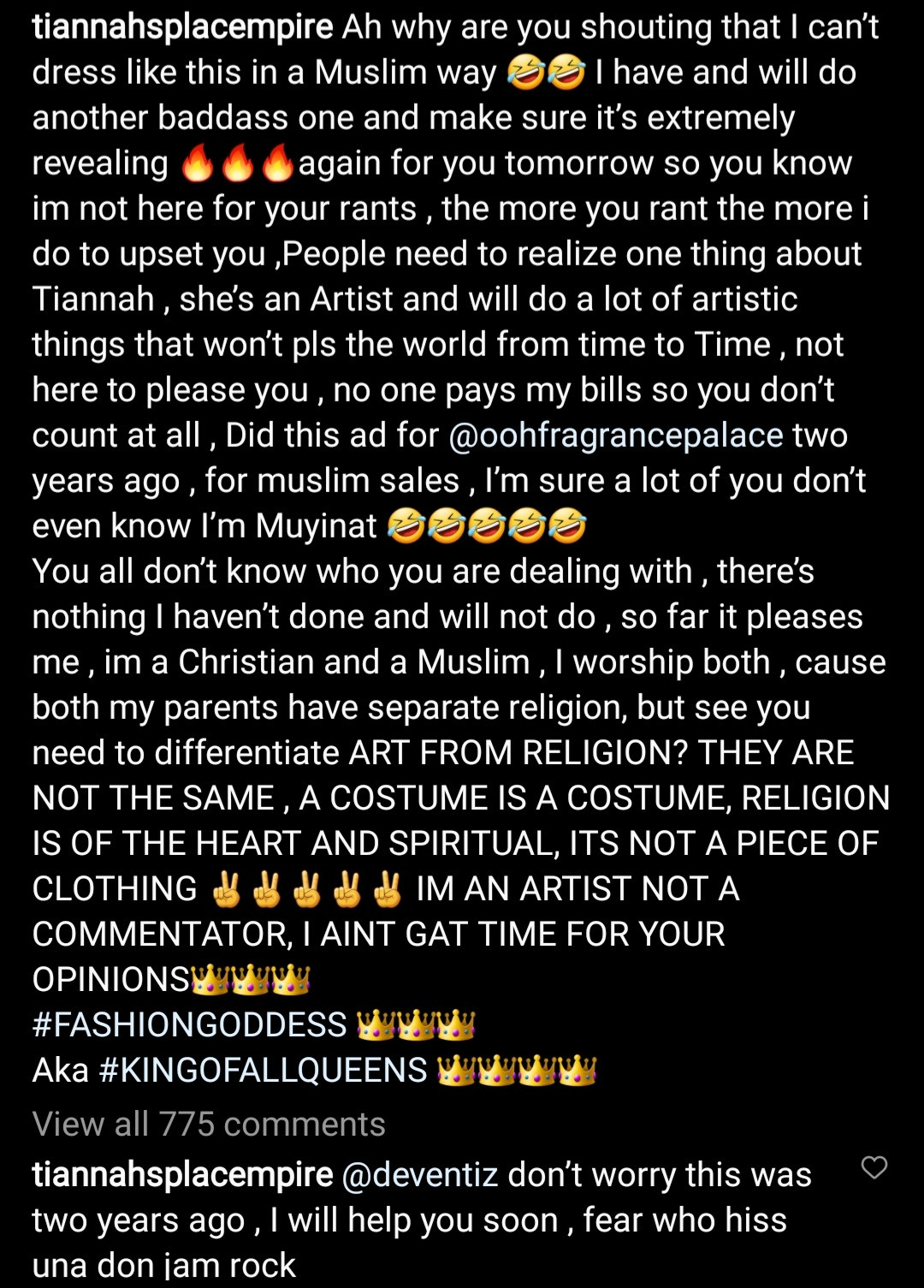